The State Board of Education administers a multi-billion dollar budget and makes policies that govern Colorado’s 800,000+ students across 178 school districts, and yet it remains a relatively obscure aspect of our state’s government.

“The State Board of Education is too important to stay invisible,” the candidate noted. Fifty years later, it remains that fact that the State Board is largely unknown even as it wields enormous influence over our public K-12 school system.

History of the State Board of Education

When Colorado became a state in 1876, the Board of Education consisted of the Attorney General, Secretary of State, and the State Superintendent of Public Instruction. It wasn’t until 1948, however, that the Colorado State Constitution was amended to provide for an elected State Board of Education—a statewide referendum that saw 65% approval among voters—and eliminated the elected office of State Superintendent.

The first Colorado State Board of Education was elected just two years later in November of 1950 and began work the next year in 1951.

Role of the State Board of Education

Today, the 9-member elected body (consisting of one member from each of the state’s congressional districts and one at-large member) creates and oversees a myriad of rules, regulations and policies that govern K-12 schools. Key duties include distributing state and federal funds, regulating educator licensing, approving grade-level standards, and accrediting public school districts (officially recognizing a district as being qualified to operate), among other functions.

The board also has the responsibility of hiring a Commissioner of Education who oversees implementation of all policies, rules and regulations adopted by the state board, engages with schools districts, communities and education partners on a regular basis, and develops a strategic plan, vision and budget for the Department of Education.

Throughout the state’s history, the State School Board has had the ability to lower licensure standards to permit schools to employ sufficient teachers during times of emergency.

As stated in their 2021 Legislative Priorities, the State Board of Education is “responsible for the general supervision of public schools through collaboration with the legislative and executive branches and with non-profit organizations and the private sector. In furtherance of its constitutional responsibility, the State Board of Education supports policy that recognizes its rulemaking authority, rather than policy enacted through prescriptive statute.”

The board engages with stakeholders and the public in several ways. As per the Board’s operating procedures, it may “create committees, commissions, and task forces to which it appoints members of the public, and also may appoint its own members to serve on committees or serve as liaisons to various committees and commissions.” At any given regular board meeting, the State Board of Education may address a number of administrative issues, such as determining interventions for low-performing schools, awarding grants to education providers, and regulating teacher preparation programs.

What the State Board of Education Doesn’t Do

Local school districts still retain a great deal of authority. The Colorado Constitution states that “the general assembly shall, by law, provide for [the] organization of school districts of convenient size, in each of which shall be established a board of education, to consist of three or more directors to be elected by the qualified electors of the district. Said directors shall have control of instruction in the public schools of their respective districts.” [Colo. Const. art. IX, §15.]

According to Colorado’s Supreme Court in Colorado Congress of Parents v. Owens, the authors of the state’s Constitution “made the choice to place control ‘as near the people as possible’ by creating a representative government in miniature to govern instruction.”

This means that, as a “Local Control” state, there are several powers that lie outside of the State Board of Education’s purview. The framers of the state’s Constitution deliberately entrusted local school boards to make decisions on issues such as curriculum, personnel, budget, school calendars and classroom policy.

Local school boards create laws and policies for the effective management of their respective districts, employ and hold the superintendent responsible for managing the district in accordance with federal law, state law, and the school board’s policies, and set educational goals for the school, based upon local laws and community input.

The Colorado Association of School Boards describes local school board members as being in a “unique position to serve as a link between the school system and the public – connecting schools to the public and interpreting the public’s views of the schools. It is up to school board members to help build support and understanding of public education and to lead their communities in demanding quality education.”

Notable State Board of Education members

Steve Durham (2014-Present) – First elected to serve in the Colorado House of Representatives in 1976. Served in the Colorado State Senate in 1981, before stepping down later that year to serve as regional administrator of the Environmental Protection Agency. Mr. Durham was reelected to the State Senate and served from 1985-1988. 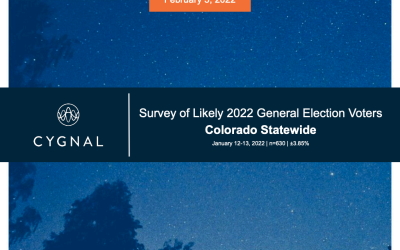 Charter schools have nearly a 3:1 favorable image and 76% of voters believe that parents should have a say in what their children are taught. 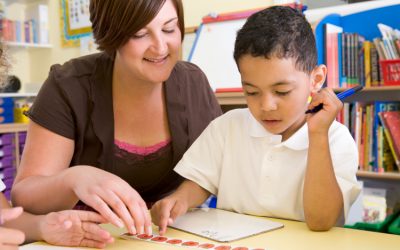 Pluralism in school model is a value that policymakers should prioritize when making decisions if they want to maintain strong public support for school choice.